Rugged (or ruggedized) computers are designed to operate reliably in harsh conditions by providing a controlled environment for the electronics installed in them. They are built to meet minimum industry-standard specifications—standards that far exceed those applied to consumer and commercial-grade devices. As a result, rugged computers are generally more expensive and heavier than their brethren. They also tend to be less “powerful” because high-end computing power is not usually required.

The challenging conditions/elements that rugged computers are used to combat include:

Rugged computers usually come in the form of a laptop, a tablet or a PDA (personal digital assistant, or palmtop computer) and are used in the following applications: 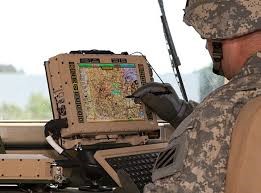 One of the fundamental strategies for developing a rugged computer is to select electronic components that are better capable of withstanding extreme environmental conditions than conventional components. This means designing the computer from the inside out: rugged computers comprise much more than just protective cases. Spending money up front on the most rugged electronic components available is an investment that pays dividends if it reduces or eliminates downtime and the need for repairs, which, if they need to be done in the field, can exceed the cost of the computer.

Selecting appropriate electronic components requires giving due consideration to the different stressors these components will encounter. Temperature is usually the most common and important because it can damage electronics in several ways. The use of liquid cooling instead of fans with moving parts is sometimes adopted to combat this. Mechanical stresses can also cause a range of failures. For this reason, rugged computers feature solid state hard drives that have no moving parts.

Designing from the inside out requires, for example, ensuring that the packaging and mounting of the integrated circuits— the electronic semiconductor parts of the device—are up to the tasks the computer will be used for. The same applies to chip scale packages, which can be very small and designed to be soldered directly onto the printed circuit board. This can make the device very small and flat and less expensive to produce, but more vulnerable to temperature and physical stresses, which ultimately costs the user.

How these passive components are attached can be vital to whether a computer can be used effectively in harsh environments. Surface mount connections can cause, for example, cracking in the layers that make up a capacitor, resulting in intermittent failures that are hard to track down. Wherever possible, passive components should have flex mount terminations, even if they are more expensive. Short term pain for long term gain. 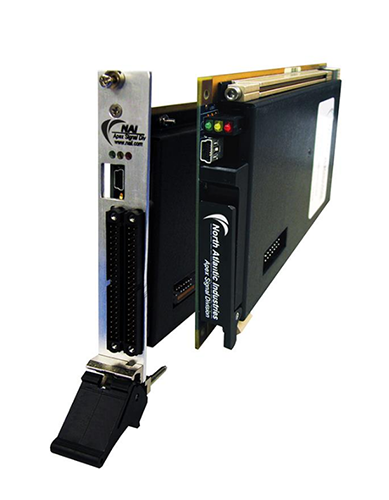 User controls link a computer to the real world and all the abusive conditions/elements therein, such as dust, moisture, pressure, and flexing. Connectors, for example, are subjected to pressure and torque from cables and mate/de-mate forces. User controls that have a means of transferring forces to something other than fragile surface-mount solder joints help make computer truly rugged. Parts with stakes through the board or screw mounts to the device housing are less likely to fail.

Connectors are also a good place to think about water. The spots where the printed circuit board connects to the outside are the weak points where water, and dust, can intrude and attack components. Some interfaces, such as sensors that use light or pressure, can be sealed inside a protective membrane such as molded silicone or GoreTex that’s translucent or pressure sensitive. Ruggedized connectors can be alarmingly more expensive than those used in consumer electronics. A waterproof, properly sealed military-spec connector can easily cost $35. Fully sealed keyboards are another way of keeping out destructive incursions of water.

Users of rugged computers expect their expensive devices to be able to survive a fall or two, as well as other indignities such as blows and blasts. To achieve this, most manufacturers of rugged computers use a thicker housing than a regular laptop—one made of more robust, high-tech materials. Common materials used for rugged housings include polycarbonate (PC), acrylonitrile butadiene tyrene (ABS), polyethylene terephthalate (PET), and nylon.  Material combinations like PC/PET and PC/ABS are often used to further increase impact resistance.

Elastomeric polymers can also be added to the melt to increase impact resistance. Because these additives are elastic in nature, they deform upon impact without failing, and then recover original shape when the load is removed.