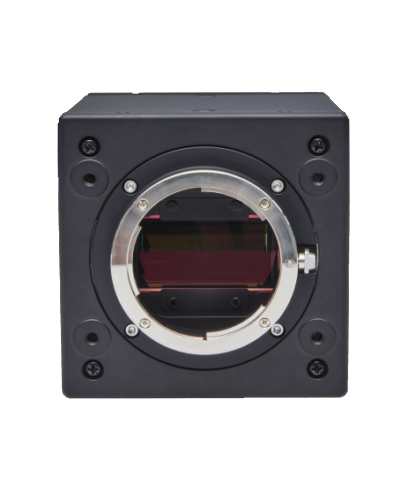 The SW-8000T-10GE and SW-8000T-SFP are equipped with three prism-mounted 8192-pixel CMOS line sensors to provide 8K color (R/G/B) image capture with a level of color and spatial precision not available from
competitive 8K trilinear models.

Unlike trilinear cameras which must use compensation algorithms to account for the spacing between the lines in their multi-line sensors, the three prism-mounted sensors are precisely aligned to a common optical path. Because of this, the prism cameras are not affected by vibrations and speed variations typical of loose objects on conveyor belts or in free-fall sorting, which can cause color fringes or “halos” in images from non-prism cameras due to constantly changing parallax and keystone effects.

The SW-8000T-10GE model features a copper-based 10 GigE interface that also supports backward compatibility to 5 Gbps, 2.5 Gbps, and 1 Gbps Ethernet standards. The interface can automatically detect the capability of its PC or network connection and adjust accordingly for customers running vision applications on this lower-speed Ethernet standards. 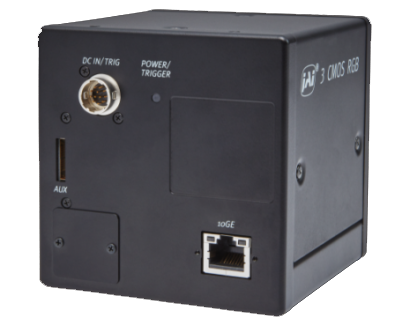 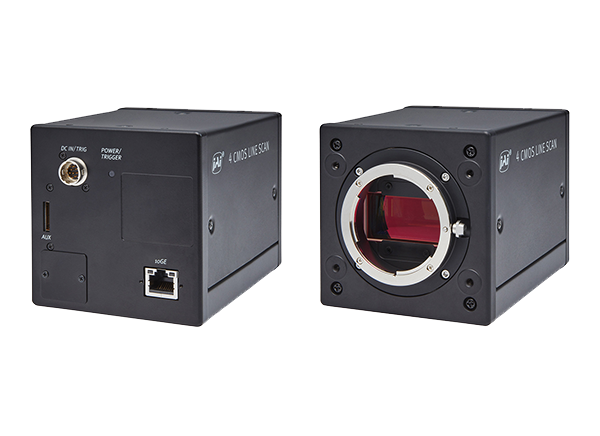 Top features in these new color line scan cameras include:

Let’s take a look at these features in more detail:

In normal mode, the cameras read out a single line from each sensor. But if more sensitivity is needed, the cameras can combine pixel information from both sensor lines for vertical binning using a dual-line readout mode. Each pixel will then have a size of 3.75 μm x 11.56 μm.

The cameras also offer horizontal binning. Using a combination of vertical and horizontal binning the sensitivity of the sensors can be increased even
further, to ensure the sensors are gathering enough light in “low light situations”. (Using horizontal binning will cut the maximum resolution to 4096 pixels). The custom-designed sensor uses floating diffusion nodes to
read two-pixel charges through a single node during the binning process. This produces 2X signal while maintaining only 1X of readout noise, dramatically increasing the sensitivity of the camera when needed for certain applications.

Advanced color imaging systems often require a specific type of color representation to efficiently perform their intended function. RGB values must be converted to these different representations – also called color spaces – as part of the application.

But if the data coming from the camera was already in the proper color space, application development could be simplified, host processing could be reduced, and product development schedules could be shortened – and this is what the SW8000T-10GE and SW-8000T-SFP can do.

The new cameras feature a programmable color matrix circuit with built-in conversions from standard RGB output. These include:

Customers can also program their own custom RGB conversions using the color matrix circuit. This broad range of color space options is not available in any other 8K line scan cameras on the market.

The Precision Time Protocol (PTP) is a protocol used to synchronize clocks throughout a computer network. (PHY chip and FPGA/Firmware have to have specific architectures to support PTP processing). With the PTP feature, image capture can take place at the same time for all linked cameras. All synchronous images have the shared timestamp, making image analysis easier. 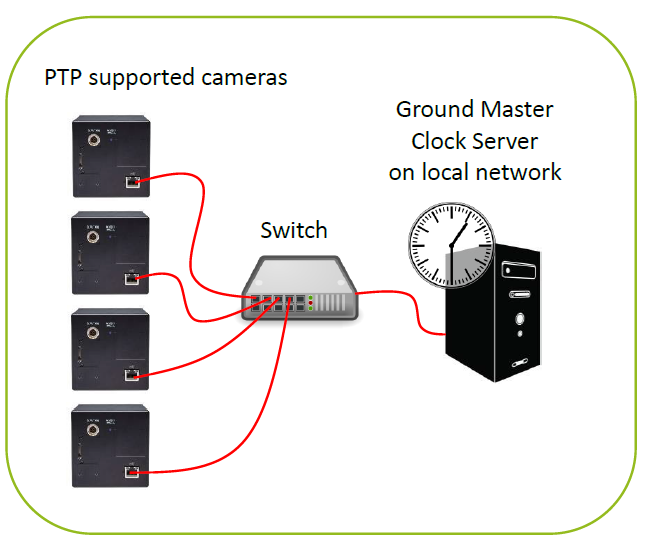 Direct connection to encoders from the camera:

The operation of a line scan camera must be synchronized to the speed of the target web or other motion control system. This is generally accomplished by having an encoder, which is integrated into the conveyance system, emit a number of pulses per rotation equal to the number of lines that need to be captured for the corresponding distance that the web has moved.

Typical Ethernet interface cards or SFP+ interface modules do not have the functionality to handle these encoder signals the way that Camera Link or CoaXPress frame grabbers do. That is why the SW-8000T-10GE and SW-8000T-SFP provide four separate input lines plus built-in algorithms to support a direct connection from up to two separate rotary encoders.

Functions are provided in the software control tool to let users easily define the inputs and the synchronization relationship between the encoder and the camera. Signals can also be daisy-chained from one camera to the next in multi-camera setups. This capability enables the camera and web to be closely integrated as a single subsystem and lowers the complexity of the total setup.

As noted at the start of this letter, the new SW-8000T-10GE and SW-8000TSFP leverage the precise alignment of their 3 sensors to a common optical path. This gives them a particular advantage over trilinear cameras in
applications where the speed or position of objects is constantly varying. Examples include objects that roll or wobble on conveyor belts, free-falling objects, and even vibrations or undulations in web-based rolls. Random
variations such as these are difficult or impossible for the spatial compensation algorithms in trilinear cameras to adjust for, leading to color fringes or “halos” due to parallax (optical plane) or keystone (angular magnification) issues.

For these reasons, the best target applications for the new 8K prism cameras are: 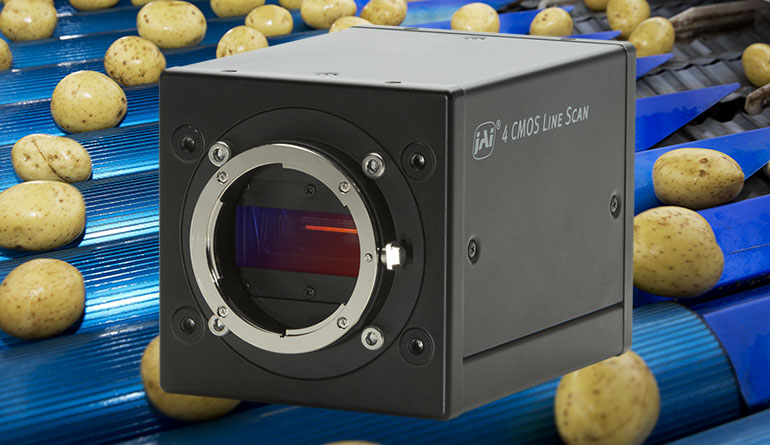 Trust the Experts at Integrys

For more than 50 years, Integrys has been the industry leader in selecting and evaluating rugged and embedded computers, imaging and video technology and engineering solutions.